For players aged 14+ who want to: Dominate their position, compete with the very best, overcome weaknesses (once and for all), turn strengths into super-powers, stay motivated to train and have the peace of mind of knowing that every single day they are following a professionally designed fully customised plan * built around their specific needs * which is driving them towards their footballing dream.

✔️ Tracking and reporting of all of your training progress.

✔️ All new exercises and routines not found within any of our other programmes and much more!

Players Must Meet The Following Criteria:

✔️ Aged 14+, are motivated to succeed and serious about playing at pro level.⁣

✔️ Not looking for someone to babysit them, but clearly guide them on what to do day by day.⁣

✔️ Can train for 45 minutes at least 4 times a week (not all sessions are high intensity)
⁣
❗ This is NOT a free program ❗⁣
⁣
Before designing the custom plan, we guide all players through these 4 phases:

✅Phase 1: Induction & career analysis
✅Phase 2: Movement screening analysis (by video)
✅Phase 3: Gym-based performance analysis⁣
✅Phase 4: Pitch-based conditioning analysis
⁣
This process is crucial, it enables us to spot biomechanical issues which could lead to injury or continue to hold back a players level of athleticism on the pitch for years to come if not identified.
⁣
This is a programme for those serious about taking action, this is not for players who:⁣

❌ Do not want to go for it 100%⁣
❌ Are expecting overnight results
❌ Look for excuses rather than solutions
❌ Are not coachable and open to new ways of thinking and training
⁣
The difference between being released, signed or kept on by a pro club can be down to the tiniest of details, we will leave no stone unturned but players will have to step outside of their comfort zone, this is a challenge. But with the right guidance and experience from our specialist coaching team, players will develop at a much faster rate.

This programme is 100% online, so no matter where you are in the world - we can train you.

We work with both outfield players and goalkeepers.

Want To Get Started?

Schedule a "getting to know you" call with a member of our team below. We'll discuss your current situation, future goals  and offer you a place only if we genuinely believe that this package is a good fit for you.

We have a number of package options available to suit different budgets, the one which we recommend will depend on the insights that you provide on the call.

Booking your call does not place you under any obligation to join the programme.

Yes! I Want To Book A Call

PLEASE WATCH THE VIDEO ABOVE BEFORE ATTENDING YOUR CALL

James studied BSc Sports Science at University before going on to speciliase in football strength & conditioning and is currently completing a further new Masters course in Football Strength & Conditioning from the Football Science Institute. As part of this he is within a specialist network of football conditioning coaches and taught directly by sports scientists working at some of the worlds biggest clubs - including Real Madrid and PSG.

As a player, James spent 9 years at English professional club Wycombe Wanderers and represented England Schoolboys before suffering a "career ending" injury at age 19. He was able to make a return to semi-professional football at the age of 24 thanks to his own programme that was designed using the knowledge which he had acquired from his studies.

James created Matchfit Conditioning as through his own experiences he realised how important it was to teach players from an early age about the critical role that strength and conditioning, nutrition and psychology has in enabling elite performance to become possible (and maintained for an entire career). You'll be guided by James in every exercise of your programme.

Shaun has an MSc in Sports Nutrition, a BSc in Nutrition and has worked privately with several top-level footballers since completing his Masters. During his time as a Performance Nutritionist with Science in Sport (SIS), Shaun was closely linked with Manchester United - supplying players with personalised advice on supplements and complete nutrition plans. 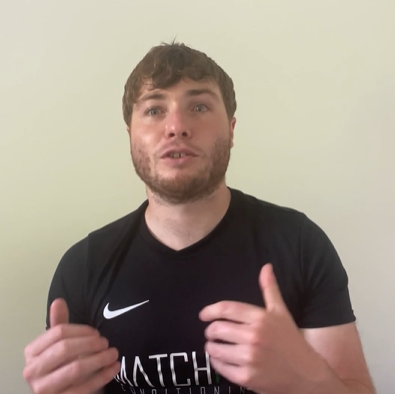 Barney has a Masters in Sports Psychology and is a member of the British Psychological society. He also works with the youth academy at Brighton & Hove Albion FC, supporting players mental performance all the way up to first team level.

Jarred has a BSc in Sports Rehabilitation, a MSc (Med) in Exercise Science and is a certified Strength & Conditioning Specialist (CSCS). Jarred is also currently working as the Lead Sports Scientist for one of South Africa's biggest football clubs, Kaizer Chiefs and works with the South Africa National Womens team.

Yes! I Want To Book A Call